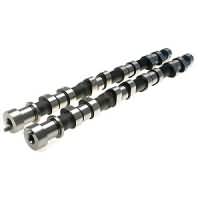 The Lancer Evolution or "Evo" is Mitsubishi's flagship sports car. Based only on the unibody of the domesticated Lancer sedan the Evo is a rally inspired, turbocharged, all wheel drive, durable and finely tuned automobile. The number designation of the model is most commonly a roman numeral. Evolution models prior to version V were the officially approved models for Mitsubishi's efforts in the World Rally Championship's Group A class and SCCA Pro Rally Championship. In order to follow these rules, the Evolution is based on the same platform as the Lancer, but is much more powerful and the only major part in common between the Evo and the Lancer is the unibody. Nine street versions of the Evolution have been produced from 1993 up to today. Evolution versions VI, VII, VIII and IX did not need to meet WRC homologation requirements. The Evo was originally intended only for Japanese markets but demand on the 'grey import' market led the Evolution series to be offered through limited type-approval in the United Kingdom and in various European markets from around 1998 (Evo V-VI). Mitsubishi decided to export the eighth generation Evolution to the United States in 2003. The Lancer Evolution VIII is the first Evolution to come to the United States. These cams are not interchangeable with the traditional 4G63 found in the US based Eclipse and earlier Evo models. 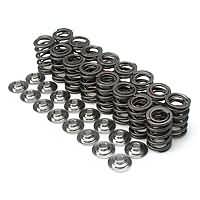 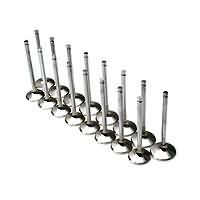 The BC stroker kit for the Mitsubishi 4G63 engine platform incorporates a 102mm stroke, 7 bolt crank. Depending on bore size that you decide, the BC kit will take you up to a 2.4L with 86mm bore. The 4G63 kit utilizes premium steel billet connecting rods. As usual, each BC kit features custom CP pistons, highest quality, steel alloy wrist pins, full ring pack and buttons. Econo rods are rated up to 600 maximum horsepower, Pro Series rods rated to 800+ horsepower. All new 4G64 block with 4G63 head recently added... 2.6L